How to get rid of an abusive boss at work 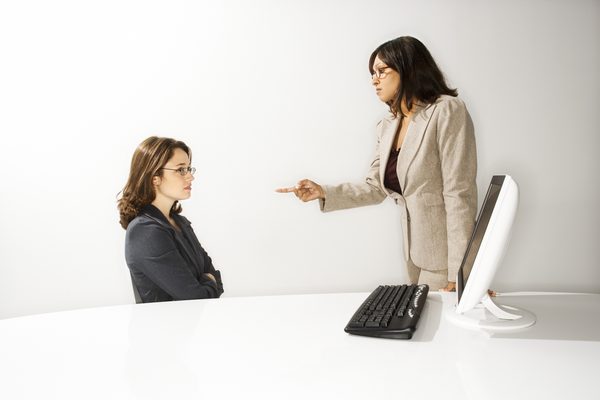 I become an employee later than my former colleagues, wich, to a point, it seemed normal to me. Certainty, one of my dreams was’n to get a job and work for someone else. And why would it? While I still was a master student, I saw my colleagues being late or often missing classes as they could not leave work.

Some even complained that they had no understanding from their boss and were trying to find another job.However, at some point I tried to hire myself, but without success. I would have accepted almost every job, only to be, as they would say, like the rest of the people. Only now I realize that I should have felt free and privileged that at the age of 26 I did not have to work for someone.

One after the other, after completing the master, I’ve found a job at a big national company’s communication department.There have been ups and downs, as it naturlly happens when you have a boss to report and work with a more people in the office. At least I was getting my payment every month, not being in danger of losing my job and the program was pretty easy.

The boss with personality disordersEverything went quite normal for about two years when the management of the department was taken over by a deformed, 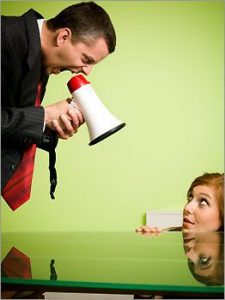 hideous, ruddy in words and manners, not so inatelligent lady, without any preparation in communication and histrionic tendencies. As frustrated as she was, she began to behave extremely badly with her subordinates, treat them as personal slaves, right after she was named. It was hard to tell you what happened next: threats of dismissal, insults, screaming, retained earnings for 2 or 5 minutes late and many others that would scare anyone who does not know what mobbing means.

Every day I started to ask myself what I could do to defend myself from the fury of the mad woman. My colleagues are still amused when they remember me hiding the tape recorder under the desk every time she was verbally attacking me, although I had no idea how to use those records.

When she sent me to the discipline committee for „incompetence” I barely got three pages to express my point of view. It was one of the few moments when, by unmasking her horrors, I had a glimpse of hope and I thought justice could be done.I’ve even created a forum to uncover her abuses and disassemble false opinions, showing her true face.The results, however, were delayed.

Management and trade union go hand in handHope was born again when all of us wrote a report that we were going to forward to the company’s management. But one by 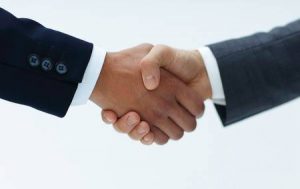 one, probably under the pressure of the threats, my colleagues have renounced until, in the end, I was left alone. I didn’t assume the task of speaking in the name of everyone and quit in my turn. I still think it was a mistake but, given the company’s orientation, it probably would not have changed much.

The last solution was the trade union that assured us by the rapidly adoption of the necessary measures. The next day, however, a rain of threats emerged over me, revealing the friendship between her and the people of the Union.All we could done was to hide behind the desks and hope for a miracle.

Not having any solution for the moment, I passed from desperation to detachment and made the decision to free myself from the problem.

Meanwhile, I read a lot; now I know that such people have certain disorders that require a different approach and reaction, depending on each one’s problem. I feel grateful that today I am ready to work with those people in therapeutic sessions as well as with their victims.

The solution I applied at that time was however useful to anyone without the use of individual techniques or maneuvers.

Probably what you will find further will seem absurd or ridiculous, but please remain open and receptive.

When I first found out about this method, I thought I would not be able to implement it. I had so much resentment against that woman that I had the impression that nothing I was trying to do would work anymore. I decided, though, to make an attempt. In fact, I just had to answer with a simple „thank you” to every rough word or any kind of humiliation from my boss.

Of course, it was a „thank you” pronounced in my mind, otherwise she would have thought I was mocking her. I even said „thank you,” when I was at home and her image appeared to me. I said „thank you” whenever I remembered her and wherever I was.

I was disappointed for a while, there was no change. I continued, however, to practice this technique, and although I felt almost a physical pain whenever she mocked me of her own will, I continued to thank her in my mind, knowing that eventually an attitude of gratitude attract nothing but positive.

One day, when we all went to a pizza during the working hours so she could invite her guests into the office, I had a feeling. I told my colleagues that her departure is probably coming. And so it was.I don’t know for sure in which that „thank you” has contributed to making the change, but I know for sure that it helped me detach myself and make an internal change. Instead of crying, always being stressed and victimizing, I began to feel calm and secure. Of course, there are other methods you can apply when you are the target of an abusive boss.

Much of those with aggressive behavior at work have personality disorders, as it was the case with my former boss.It’s a topic that I’ll approach in another article and I’ll also tell you what you can do in such situations.

Leave a comment if you have gone through a similar experience or your boss is currently abusing you emotionally or otherwise. I will give you some other suggestions, depending on your own experience. In any case, in such situations, the support of a psychologist or psychotherapist is necessary. Emotional abuse can leave deep psychological traces and we need a profound change to stop attracting aggressive people.