Does your partner dominates and manipulates you? How do you realize that? 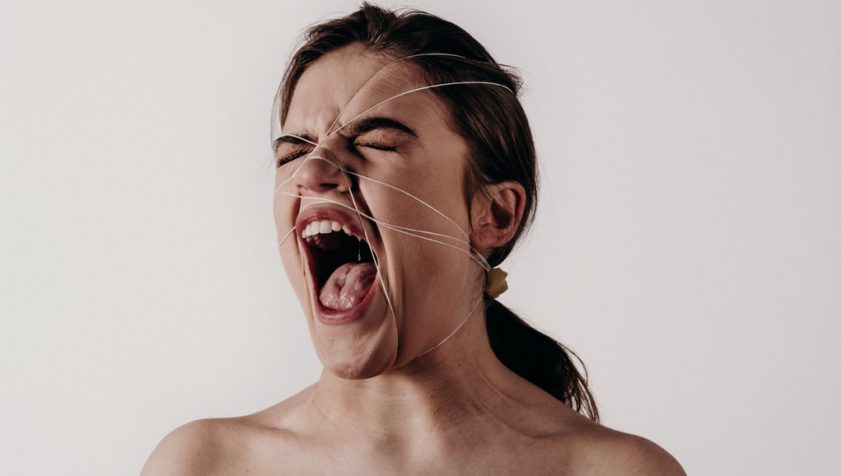 „It was horrible what he was trying to do. He was trying to convince me to drink with him, but I realized that the drink disgusted me. For no reason, he was permanently struggling with me. He was insulting, lying and telling me I was fatter than ever. I know he did not realize the disaster, the strong impact of his own words and actions upon me. I tried to talk to him, but he started insulting and cursing. I calmed him and went to my room. „ 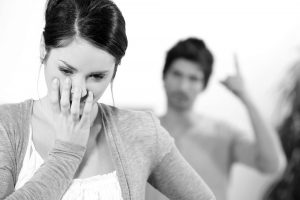 behavior. She has learned a valuable lesson: don’t try to convince an aggressor that he is an aggressor. No matter how hard you strive, will not make him aware of the truth or accept the label of the aggressor. Though he’s aware of his actions (excepting those who are mentally ill), he will considered himself entitled to behave in a certain way and will always have a justification for his actions, however condemnable they may be.

But if apologies are always handy, reality remains the same: what an aggressor does is called emotional blackmail and abusive behavior, not constructive under any circumstances.

When we talk about emotional aggression, we have in mind two manifestations of the aggressor: manipulation and control. On these lines he’s building his strategy. And, believe me, although it does not seem at first glance, it’s a well-structured engineering. Don’t try to challenge a master of manipulation! The example of the student above is representative, proving maturity and wisdom.

Do you think you will win? Don’t even think about it! Unlike him, who has well-developed skills in this „field”, you are just an amateur and will end up being defeated with your own weapons. He wants to be seen as easy to hurt and insult, even the most insignificant remarks being interpreted as offensive, and you will not be able to change anything in his attitude.

He’s a coward and you’re his dollStop thinking he’s stronger than you. Whatever how much he tries to dominate and impose, in reality he’s nothing but a 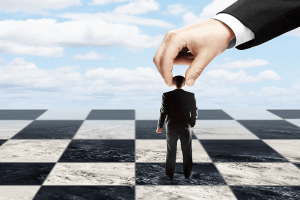 coward whose actions are caused by insecurity and fear of losing his victim. If he’s so brave why he does not have the same behavior with his boss? Why does he only attack on a safe ground, where he feels protected and loved?

If the word „victim,” has surprised you, no matter how unpleasant it might be, you must know that this was the real you. If you are a woman and read this article, do you really think you are his true love? Why? Because that’s what he told you? Because he proposed you? Because he promised that would never leave you? No my dear. I’m not going to lie to you. For him you are just a puppet who has to dance as the strings move. You are just a pawn on his chess board. He’s interest of you as long as you help or worship him.

He is selfish, arrogant and take all for granted. He thinks he’s entitled to do anything, take what he wants and attack.If you’ve been hurt by his actions, it means it’s your fault. In fact, it’s all your fault.

His favorite phrase is: „Look what you’ve made me done.” Does it sound familiar to you? If you stay in his way or don’t help him, you become his greatest enemy, and this applies for everyone.

He is incapable of emotionally involving in a relationship and that’ because he separates himself from his own emotions and, implicitly, from his loved ones, hurting and pulling them away.

If it ever happens that your obsessed of control partner tells you the truth, you can consider yourself happy. He lies with remorse and that’s because, in his opinion, he always has “a good reason”.

A partner who is accustomed to manipulate is always ready to help you, when needed. He even offers to help you with a project or household chores, repair things around the house or wash dishes, walk the dog or pay bills. It gives you the impression of being willing to do anything. But when the time comes, you will see him hesitating or doing things superficially. And if you accuse him of not being in the mood, the answer can only be: „How could I not want that? You are absurd! „

Play at Bo-PeepHe is a master of twisting words. He can tell you something and later assures you he did not say that. Occasionally, he may 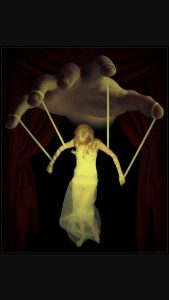 have a few moments of sincerity, but later deny what he said. When this happened to me, I thought it was because of his memory issues. Then I realized that he didn’t do anything for free, and that it was all about getting some benefits that truth could not bring him.

More serious is that you can doubt yourself, start believing that you have memory issues or maybe psychological problems. Unfortunately for you, he has a great persuasion power and knows very well to twist everything around in his favor. He even may say that the cup in your hand is red when in fact it’s green. You will not end it unless you tell him you want to record what he says and maybe even do that. Be careful, though. Accustomed to act in his favor, he can delete your records.

An aggressor who uses emotional blackmail knows how to induce your self-blame. Instead of openly expressing his needs and desires, he try to get what he needs using the well-known manipulation techniques. A common text in such situations is: „Do what you want. I respect your desire.” But all this time he is aware that the choice you make will be in his favor. Of course, when you see how understanding he is, how wouldn’t you please him?

If you have mercy, you’ll become worthy of mercyAnother tactic is attracting sympathy. Persecutor by definition, he is a master of deceiving by dressing himself – 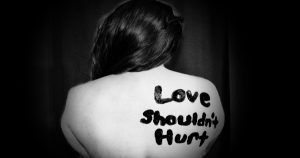 metaphorically speaking – in victim’s clothes, in order for you to have mercy. He’s too fragile, naive, sick, stressed, always needs support and attention. And because you love him so much, will be willing to do anything in power to help him. But do not expect for him to be thankful. Once he has the deal in the bag, not only does not thank you, but tells you that he wouldn’t expect from you to do anything for him and does not really need your help.

So stop struggling for him anymore because, this way, he will keep take advantage of you and you will always feel miserable. Tell him, in turn, that you are convinced he can handle himself and you will be surprised by the result.

An abuser knows best to stab you in the back. If you have a common project that requires involvement and you need his support and understanding, he will tell you what you want to hear. He assures you that you can count on him when in fact he doesn’t even think about getting involved or be interested that you succeed. And finally, if you’re screw it up, he claims he did everything he could. Moreover, he puts the blame for the failure entirely on you.

He doesn’t take responsibility for his own actions. It’s always someone else’s fault, but never his. Though he may seem sensible and vulnerable, believe me when I tell you it’s as vulnerable as a Pit Bull who is ready to show his fangs whenever you don’t please him.

If you find yourself in this article, leave a comment and tell me what solutions you have found.