Who Are We Really? 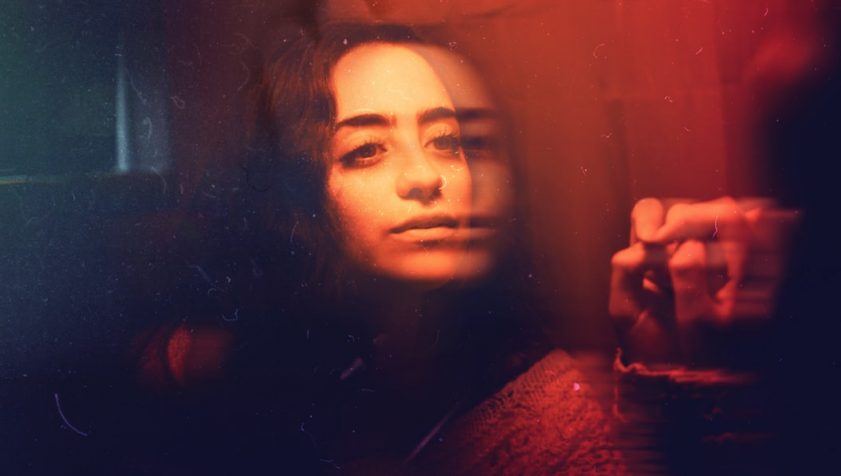 „Know Thyself and You Will Know the Universe and the Gods!” A phrase whose meaning is still undefined after thousands of years. The process of self-knowledge implies a lifetime work. And yet, at a final analysis, we are haunted by the same question: „Who am I?”

The Masks of CommunismIn my opinion, the time that has made us doubt the most about what we really, here in Romania, was communism. Threats to those who put their own opinions against the party led to a regime of terror where smiling and perfid masks brought benefits to the spoilers and those who betrayed their relatives. The shortcomings of this age are seen even nowdays. The same masks are helping those who are obsessed by power and material gains to get into positions they do not deserve. And why should that surprise us? Let’s just think of the parents who educated them in this spirit. Those who refuse to wear the mask become „socially inappropriate”, choosing to keep their values at the risk of a life of loneliness. That, my dear, means to be authentic. But is the price worth paying?

Why hide our true self? 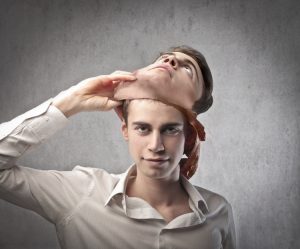 Our self is a big network of neural connections. Walt Whitman wondered: „Do I contradict myself? Very well then I contradict myself, (I am large, I contain multitudes).” Is this a reality that we must accept as such or can we change it? To contradict yourself implies the existence of an inner conflict and change occurs only through an extensive process of self-knowledge and personal development. Unfortunately, too many people chooses to ignore this process and move through life changing the same masks that help them stay into the comfort zone. Yes, that’s good, warm, familiar. They find a nice job only because they were told or led by the fear of being rejected. Or perhaps they are afraid of success, no doubt on an unconscious level. We can talk about fear of failure in the same way that we talk about fear of success.

If our self has more sides, if so many connections are activated in the brain, how can you really know who you are? Take a minute and think about. Are you an artist or have a full-time job at a logistics company? You want to feel love, but the environment in which you grow up and your genes forces you to be selfish and lacking empathy. We come into this world with certain genes and we are educated in a certain environment, which may be just fine to some point of our existence. We can enjoy the advantages of a higher position achieved by less orthodox methods, or we can feel alone and misunderstood by those around us. We can lie and deceive, but in the depths of our soul we long for love, compassion and tolerance.

The sacrifice of others in terms of good and bad 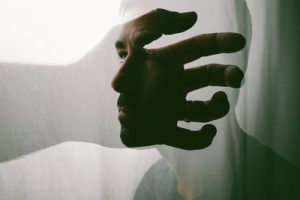 Remorses can prevent us from committing crimes or any other acts that could have negative consequences on people. But those who have suffered lesions in the ventromedial prefrontal cortex are more willing to sacrifice a man’s life for a greater purpose. Also people with psychopathic traits, according to new research. How can we classify certain facts in terms of good and bad? Think of the following scenario: there is another World War and you have all the power. At one point, you are faced with a fact: if you kill a single man, the war would come to an end. What would you choose? Would you sacrifice a man’s life in order to save a few more thousands?

In today’s society, millions of lives are sacrificed daily on the altar of those who dream of their own greatness. Obviously, man is able to sacrifice his fellows for selfish purposes, that we can not say about many animal species. Is that our true nature? In prehistoric times, man managed to defeat obstacles only through cooperation. This way, goodness has proved its usefulness. Nowadays, various forms of psychotherapy are based on learning cooperation, such as Adlerian psychotherapy. And yet, we are still remaining lonely wolves led by a primary instinct of survival (Fight or Flight). Whoever chooses fight walks through life by humiliating those who are wicker than them, while the fugitive finds solitude as a convenient solution to the terror and humiliation to which he may be subjected. Is that the reality we want?

Where is self-consciousness located? 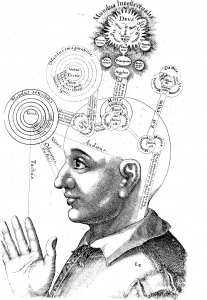 We were endowed with a self-consciousness that distinguishes us from animals. It is a special gift that gives us the privilege of choosing our own path. Are we what we want, what we have always wanted or we are the result of choices that others have made for us? At a pretty early age, when I did not exactly identify my personality, I had a moment of awareness that I could call a revelation. Looking in the mirror, with those eyes of a child with no experience of choice, and still untouched by decisive events of the future, I wondered who was I. I was looking at each part of my body as if nothing I saw belonged to me. I knew, somehow, that I was more than what I saw in the mirror.

According to some studies made by researcher Cristof Koch of the Allen Institute of Neuroscience, the Center of Consciousness is the claustrum – a gray matter in the brain, located somewhere in the lower part of the neocortex, near the center of the brain. According to neuroscience, several areas of the brain are involved in the awareness process. One of these is the reticular formation through which sensory signals reach the cerebellum and are transmitted to our conscious attention. Another area is the thalamus, which is responsible for the regulation of consciousness, sleep, and waking. Finally, the cortex – the most advanced part of the brain – is of great importance for all forms of perception.

Neurologist and researcher Dumitru Constantin Dulcan comes with a theory that effectively overthrows everything that has been known so far about consciousness. If some researchers talk about a close connection between the brain and the consciousness, Dulcan sees the existence of consciousness in the entire human body. According to him, each organ and every cell are endowed with consciousness. Recent research goes even further, saying there is a link in the brain between man and the universe. According to these, certain cosmic particles from the family of leptons would have an important part in the process of thinking. The leptonic field, along with the magnetic field, would bring us in constant contact with the entire information in the universe. A pretty amazing theory, isn’t it?

And yet…Despite all these new discoveries, we are still sitting in front of many unknown facts about the human brain. This remains a mystery to the scientific world, but also an invaluable resource in our evolutionary process. We already know that it has evolved over time as man had to defeat new challenges. And yet, many have chosen to languish in a comfortable ignorance that can’t give them the joy of knowing themselves, which is much easier to achieve with the help of some psychotherapeutic methods. Unfortunatelly, these methods are seen, even in the modern age, with quite reluctance. What benefits could we have? Well, the most important would be a much fulfilled life on all levels, a life lived in harmony and understanding with ourselves and our fellows. If this was the only benefit, I guess this is a price worth paying. What do you think?

Many thanks to www.unsplash.com for the picture.